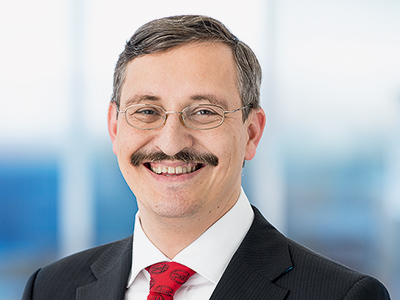 UZH President Michael Hengartner explains why and how UZH discloses its sources of external funding.

Mr. Hengartner, this year UZH became the first university ever in Switzerland to disclose the sources of the external funding it has raised, consistent with a wish on the part of the public and the student body. Does this transparency list also benefit UZH itself?

Michael Hengartner: Yes, it most certainly does. Transparency strengthens trust in our university. The list of external funding sources published for the first time this spring admittedly still shows some gaps, but a shift toward a culture of transparency has been accomplished, and we will continue in that direction. I am proud that UZH is leading the way on this front in Switzerland.

A lot of the external funding that we took in last year stems from contracts that were already in place and for which we had not yet signed an agreement on disclosure of origin with funders. Little by little, though, those contracts will expire, and as they do, those gaps in the list will disappear. Since 2018, exceptions are now being made only for external funding grants that are subject to non-disclosure requirements by governing law. Aside from that, a few funders have requested and received approval for an anonymized entry in the records for reasons of competition. Two foundations wished to stay behind the scenes and not publicize their names. Those funding agreements, though, altogether add up to just a little over a million francs; that’s a trifling sum compared to the total external funding of CHF 315 million that UZH took in last year. EU and SNSF funding for individuals and projects, which is already publicly disclosed anyway, and grants under CHF 100,000 also do not appear on the transparency list.

There will always be companies or private individuals that wish to enter into funding agreements with UZH only under confidentiality restrictions. But I am certain that as a culture of transparency takes root, ever fewer potential funders will want to keep their donations secret.

UZH’s external funding revenue has soared since 2010 – from around CHF 200 million to CHF 315 million. As the proportion of external funding in the university’s budget increases, so of course does the expectation for the university to disclose the sources of that funding. A glance at America evidences this: At US universities, which depend heavily on non-state funding, transparency on gifts and grants from corporations and private individuals is already routine today.

Is it even desirable to increase the proportion of external funding?

The Canton of Zurich remains our biggest funder by far. It invests more than CHF 600 million per annum in UZH for education and research, and another almost CHF 300 million comes from federal funding and contributions from other cantons. I hope that the political will to use public funds to finance the lion’s share of the university’s budget will endure. Competitively acquired funding through the Swiss National Science Foundation and the EU is likewise very important, as it currently accounts for considerably more than half of our external funding revenue. But if UZH wants to continue to rank among the world’s best universities, we need to make every effort to raise external funding from private individuals, foundations, associations and commercial enterprises, all the while safeguarding the independence of research and teaching. This independence is essential to our reputation as a leading research university, which is what makes us so interesting to donors.