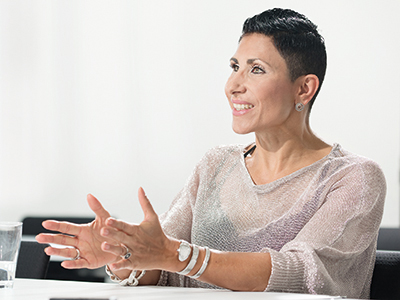 "An international background alone isn’t proof of excellence; your networks and mobility are what’s important." 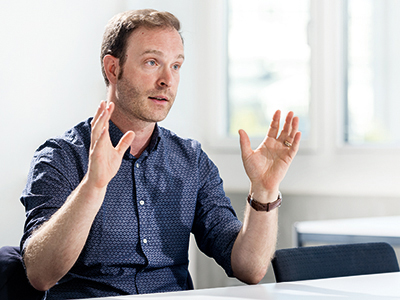 "We need to properly inform students about the importance of mobility and international experience."

Sociologist Katja Rost and molecular biologist Christian Mosimann discuss the significance of international experience and mobility for academic careers. They find that stays in renowned universities abroad aren’t enough – it’s also important for scholars to build up their own networks. And those wanting to start a family while pursuing a career in academia should think about how they can make it work sooner rather than later.

I’d like to start off by asking a personal question. How important were stays at universities abroad for your own careers?

Katja Rost: In my case I’d call it a national career, by which I mean Germany and Switzerland. I studied and worked in Germany, and then came to Switzerland for a first extended stay. I later went back to Germany to take up a junior professorship and then a full professorship. And then I joined the University of Zurich. I had thought about working at a foreign-language university several times, but in the end it didn’t happen for a number of reasons.

So not having any experience working at an English-language university wasn’t a problem?

Rost: I wouldn’t say so, no. There were a few times when other applicants for a position were preferred because they had international experience. But luckily, this wasn’t the case here at UZH. I got the position thanks to my work, my publications and my networks.

What about your career, Christian Mosimann?

Christian Mosimann: I studied at the University of Zurich and then also wrote my doctoral thesis at UZH. It was during this time that my wish to spend time abroad developed: I realized that in the field of genetics and molecular biology important impulses were coming from the US and Great Britain. So I made it my goal to work in one of these hotspots. Together with my wife, who’s also a researcher in the life sciences, I decided to go to Harvard University in Boston as a postdoc. This was definitely a good decision, academically as well as privately.

Rost: I’d like to add that while I don’t have any international experience working in places where other languages are spoken, I was, and still am, very mobile within Germany and Switzerland. I’ve moved a good 15 times and have gathered a lot of experience at a number of German-speaking universities. I deliberately favored quality of life over international overseas experience, above all because I didn’t want to give up my private networks.

Mosimann: The first thing I’d mention are the academic networks that you can build up and deepen abroad. In developmental biology involving zebrafish, the field I work in, the elite universities in and around Boston are extremely important due to the researchers who work there. I was able to expand my network there and meet people from all over the world. And I still benefit from these contacts here in Switzerland.
A second point concerns English, which is simply the predominant language of the life sciences. I deliberately chose a US university so that I could improve my English skills and get as good a grasp of the language as possible. This helps with communicating and writing publications.

Rost: In sociology, too, but also in the social sciences in general, English is becoming more and more important. Most leading journals are now based in the US, and this means that good English skills are essential. You can get these through stays at US or UK universities, or by taking courses and English lessons here, which is what I did.
As for contacts and collaboration with other researchers, trips and periods working abroad are first and foremost a way to build up networks, and this also applies to us sociologists.  In smaller fields in particular, it’s important to know and be able to work with the right people.
There are important differences between the subjects here: While the life sciences are concerned with the same research objects regardless of country, sociological research topics differ from one country to the next. In a way, you can therefore view a stay abroad as an asset, an opportunity to broaden your horizon. But when it comes to sociological research, it does shift the focus onto different research objects. It’s more difficult to continue to investigate a Swiss topic when you’re at a non-Swiss university. Vice versa, compared to their US colleagues, researchers in Switzerland are less interested in exploring race relations between African and white Americans, for example.

Is the focus on internationalization making it more difficult to do research on local topics?

Rost: It’s certainly one of the aspects in the background of the debate. The question is whether the focus on having international experience creates false incentives and pushes research topics away from local projects and studies.

Mosimann: This is less of an issue in the life and natural sciences. Mathematics, physics or chemistry are the same all over the world, regardless of where research is performed. But one thing we’ve so far failed to mention is teaching. In my formative years as a postdoc, I learned new and valuable ideas about knowledge transfer, which I went on to incorporate in my own teaching. And this isn’t restricted to the English-speaking world. You can find inspiration at all universities around the world.

Mosimann: These labels can indeed sometimes be overestimated– all that glitters is not gold. A researcher’s network should be considered more important than a fancy name. It’s about cooperating with the right communities. In this regard, staying at an elite university doesn’t necessarily translate into having a network. What matters are the researcher and their ability to establish contacts and build a network.

Rost: I completely agree. An international background alone isn’t proof of excellence; your networks and mobility are what’s important. A one-off stint at Harvard followed by years of collaborating with the exact same research partners isn’t enough. Research is about changing collaborations, and working with a variety of research teams.

International experience facilitates networks between researchers. But when a researcher wants to start a family, doesn’t this conflict with the need to be internationally active and mobile?

Rost: It does, absolutely. In academia, it’s not easy to combine starting a family and building a career, because most scholars only get permanent employment when they’re a bit older. On the other hand, mobility and family life can be reconciled quite well as long as the children haven’t yet started school, since most universities provide good and affordable childcare. And besides, childcare workers are significantly cheaper almost anywhere in the world compared to Switzerland.

Mosimann: Most people who pursue a career in academia have children relatively late. Our child was born during my postdoc time in the US. I don’t really see any problems for us and in my social circles in terms of having a family. It can be done, even if it means that you have to be very organized.

Rost: I had my children relatively late as a result of my academic career, among other things. But I see things differently now and think that people should start a family earlier. I know of too many cases where it didn’t work out later. This is why we should take a close look when it comes to mobility, and focus on the networks rather than calling for international experience just for the sake of it.  Being abroad makes having a family more difficult, especially for women, since they don’t have the support of their own family there. This is also one of the reasons why many women leave academia.

What’s your recommendation for these women?

Rost: I definitely wouldn’t recommend that they stop being researchers and leave academia. They should instead try to reconcile doing research and having a family, the earlier the better. I also think that international experience is no longer a distinguishing feature, since nowadays almost every researcher has at least some.

Mosimann: That’s not how I see it. International experience and mobility are still crucial. I’m quite concerned to see that at UZH, Swiss researchers applying for a doctorate are increasingly struggling to compete against their international competitors. The applications of junior researchers from abroad tend to be more international, and their CVs more attractive. They often also perform better in the interviews.

Rost: Do you assess even doctoral candidates in terms of having an international profile? We generally don’t apply these criteria until the level of professors, or maybe postdocs. I think we need to be careful here. If we start applying this standard to doctoral candidates, we run the risk of excluding talented academics simply because they haven’t spent any time abroad. This requirement might be well-intended, but it results in negative discrimination.

Mosimann: It’s just a fact that Swiss students are less mobile than students in other countries, which could well be a matter of mentality. This is why we need to properly inform students about the importance of mobility and international experience, and about the options available to them if they want to spend time at a university abroad. I think we could do more to inform them about opportunities and options for financing such a stay.

Rost: We do have students who go abroad, even if this number isn’t as high as in Germany.  Maybe some students choose not to go abroad because they believe they won’t get a better education there than at UZH. Mobility can’t be forced. If you look at it the other way round, it’s clear that Swiss students who go abroad perform exceptionally well. They settle in quickly, and they’re articulate and eloquent. I’m aware that Swiss people tend to have a negative view of themselves, but the studies I’ve read suggest otherwise.

With e-mails, video calls, telepresence systems or shared dropbox folders, to what extent can the internet and digital technologies today replace international experience and networking?

Mosimann: Technology can’t replace face-to-face contact. Personal relationships are still unbeatable when it comes to building cooperation, writing papers or submitting joint projects. It’s also important to meet your fellow researchers at conferences or meetings from time to time. Digital tools are useful for planning and communicating, but you can’t achieve the same effect through Facebook and Twitter.

Rost: I completely agree with you. Tools make it easier to communicate, but can’t replace direct contact. Once a contact has been established, social media, the internet and Skype are extremely helpful. But technology cannot take the place of direct face-to-face contact. There’s no substitute for the informal discussions over dinner or drinks, where topics can be explored.

Are networks on the internet less beneficial than is widely assumed?

Mosimann: You shouldn’t pit one against the other. Both are needed, and there are also new challenges: New digital media can give you the illusion of having a network, even if that’s not really the case. Without establishing a deep personal relationship, you only get passing acquaintances that aren’t that useful. This is why conferences are a crucial part of academia. And in our field they mostly take place abroad, not least because Switzerland is relatively expensive.

Being mobile and settling down are very difficult to reconcile. What can institutions do to increase mobility among their researchers?

Rost: Ongoing mobility is important to me. This means ensuring that people stay mobile and can regularly attend conferences in neighboring countries and further abroad. At UZH, the Graduate Campus office provides good support, but the Swiss National Science Foundation (SNSF) could still do a bit more. At the same time, I don’t think we should hold it against anyone if, for personal or family reasons, they want to be less mobile.

Mosimann: There are plenty of programs and fellowships from institutions such as the SNSF or EMBO that fund stays abroad for postdocs. But there’s still room for improvement at the lower academic levels.