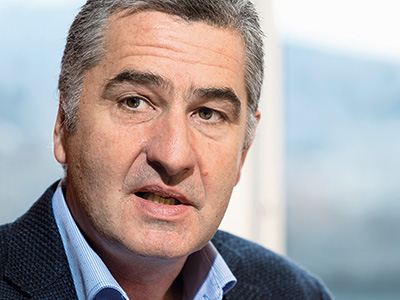 "Human and veterinary medicine can learn a lot from one another." 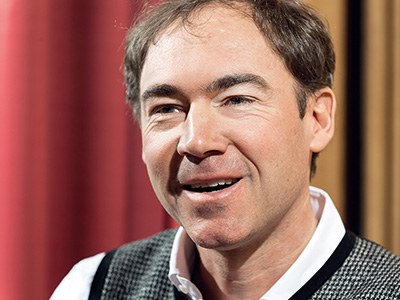 "Globalization is forcing us to put more effort into One Health."

“One Health” has become a buzzword in the healthcare sector. Veterinarian Roger Stephan and physician Jan Fehr explain the meaning behind the term and make it clear that the fight against infectious diseases and other health problems affecting humans and animals can only succeed if veterinary medicine, human medicine and other disciplines all work together.

What is “One Health” all about, what understanding of health does it express?

Roger Stephan: The term One Health expresses the credo that good health can only be achieved through a comprehensive approach. Human and veterinary medicine are at the forefront of this approach, but other disciplines such as environmental and social sciences are also involved. The term developed out of the earlier concept of One Medicine, established by medic Calvin Schwabe in the mid-70s.

Jan Fehr: One Health involves an integrative approach that is absolutely vital, for example to combat deadly epidemics such as Ebola and swine flu and to tackle antibiotic resistance. When various disciplines work together, synergies can be harnessed and there are benefits in many areas. It can also help to save costs.

How does One Health impact your daily working routine?

Stephan: The concept helps me to see the connections and relationships with other areas. As a veterinarian, I often have to deal with infectious pathogens that do not just affect animals, but also humans. Around 60 to 80 percent of the infectious diseases in humans originate in animals; the name for this is zoonosis. Animals are thus a significant source of disease.

Fehr: One of the services run by my department, Public Health, is the Travel Clinic. As a specialist for infectious diseases and travel medicine, I need to be able to look beyond my own backyard, and not just think about the patient in front of me.

When we diagnose a particular disease, we’re interested in the pathogen causing it, the source of the infection and the transmission route, and we have to think about how we can prevent the disease from spreading. It’s important to prepare for possible outbreaks so that we don’t get taken by surprise. However, that’s very difficult as new or mutated germs can emerge and multiply unbelievably quickly.

Why is One Health such a buzzword now? It’s even included, for instance, in the University's strategic principles.

Fehr: The various epidemics and pandemics in recent years have shown just how quickly new pathogens can emerge and become a global threat. I remember the outbreak of the respiratory disease SARS in 2003, which began with one infected person in Guangdong Province in China, and within a few weeks had spread to 39 countries. The dangerous virus caused many people to die within a short time. One of the causes of such rapid outbreaks is our greatly increased mobility. Within one day we can travel halfway around the world. Globalization is forcing us to take the concept of One Health seriously. Instead of One Health we could also call it Global Health.

Stephan: Not only are people traveling more than in the past, but also goods, above all foodstuffs, are transported around the world. The global trade in foodstuffs is one of the key factors behind the international spread of pathogens and germs.

Fehr: The pathogens travel with us. This was seen recently in a study carried out by the Robert Koch Institute in collaboration with the University of Münster. The researchers tested 400 door handles in 136 airports in 59 countries. They found imported multi-resistant bacteria, for example a dangerous strain of bacteria in Paris that had a resistance pattern matching one found in India. This is very concerning, as we have fewer and fewer effective antibiotics available.

Antibiotic resistance is the poster child for the One Health approach. Why is that?

Stephan: Well, to put it in simple terms, because bacteria and bacterial resistance are exchanged and transferred between animals, humans and the environment. The overuse of antibiotics in all areas leads to the development of more resistances. The use of the drugs in veterinary medicine has consequences for human medicine and vice versa. The details of the molecular processes are very complex, but without an understanding of the processes in both the human medicine and veterinary fields, the problem of resistances cannot be tackled. And that can’t happen without close collaboration. It is a prerequisite for cost-effective and efficient intervention.

That’s interesting – I always thought that the use of antibiotics in agriculture and veterinary medicine was on the rise?

Stephan: No, in Switzerland at least it has lowered significantly in the last seven years. This could lead to people asking critical questions about the high use in the past. But whatever the reason for that, the sinking numbers show that the measures being taken are having an effect. This is an important contribution towards achieving the goals of One Health. But our efforts need to go further.

How can human medicine benefit from the successes in veterinary medicine?

Fehr: Firstly, it’s about limited and proper use of antibiotics. They should only be used when there is reason to believe they will be effective. This guideline is unfortunately not always followed – for example antibiotics are often too readily prescribed for colds, even though colds are mostly caused by viruses and not bacteria.

Stephan: To get antibiotic use more under control, we need to know when and why which types of drugs are being administered and in what quantities. Only when we have this information can we intervene in a targeted manner. That’s what our experiences in veterinary medicine have shown.

A current human medical study being carried out in Switzerland has shown that most antibiotics are prescribed by family doctors. So this is where we could step in. Another aspect relates to the environment. For example, we only found out recently that antibiotic-resistant bacteria can even proliferate in wastewater treatment plants. The interactions mean it is important that resistance and usage data from human and veterinary medicine are compiled in a joint report. Only then can the connections become clear. We have recently begun doing this in Switzerland as part of the StAR initiative (Strategy on Antibiotic Resistance). The report, published jointly by the Federal Office of Public Health and the Federal Food Safety and Veterinary Office, provides very useful data. It took a lot of political pressure to achieve it, though.

Fehr: The most recent StAR report from November 2018 is a good example and shows that the concept of One Health is being taken seriously by the authorities. As part of the report, an analysis comparing human and veterinary medicine was done – the first of its kind in Switzerland.

Until now we’ve been talking about infectious diseases. Is One Health also concerned with other areas?

Stephan: One Health strategies can also be deployed in other areas of medicine, such as cancer research. Tumors are frequent occurrences, not just in humans but also in animals. There are efforts to create a joint cancer register to enable researchers to learn more about the causes of cancer.

What is it hoped to gain from that?

Stephan: It’s about finding the common causes of cancer. After all, domestic pets are exposed to the same or similar environmental influences as their owners. It would be very interesting to carry out research in this area. The same is true for other types of diseases. Veterinary and human medicine could benefit and learn a lot from one another.

Fehr: Other important topics that go beyond infectious diseases are climate change and environmental damage. In India, air pollution claimed over a million lives in 2017, according to a study published in The Lancet.

What does the One Health approach mean for the university as an institution, that is for teaching and research? Are structural or institutional changes needed?

Fehr: It’s not necessary to create a new unit for One Health at UZH. In fact, doing that could strangle the initiative, as it would be easy for other departments to abdicate and delegate responsibility. What’s needed is increased awareness of One Health, a platform for exchange, and a university-wide strategy to encourage such exchange. I’d cite as a good example our cooperation with Makerere University in Kampala, Uganda. We staged a symposium there in 2014 on the topic “One Health from different perspectives”. Many projects came about in the north and the south as a result, and a symposium is now held every two years – the next one, “Global Health Challenges: What’s next”, will be held in the fall at UZH.

Stephan: I agree that it’s not primarily about creating a new unit or structural changes. Rather, it’s important to drive forward the exchange between the two disciplines at all levels in the pursuit of common goals. These could of course be encouraged by providing financial incentives or setting conditions when approving projects. The Vetsuisse Faculty is raising awareness of the area of Veterinary Public Health, which is part of One Health. A research priority program would enable us to bring the associated subject areas even closer together.

Veterinary medicine enjoys less respect from the general public than human medicine. Is one of the reasons behind One Health an attempt to gain more recognition for the discipline?

Stephan: No, certainly not! Veterinary medicine makes a significant contribution to the One Health concept. Our discipline is often seen as purely curative, but curing animal diseases is only part of our tasks and responsibilities. Veterinary medicine has always been closely connected with preventive health protection measures for humans.

Fehr: I totally agree. As a physician, I try to think preventively. That is something that’s very close to my heart.

Stephan: Knowledge is quickly lost. Take rabies for example: Because it’s no longer very common, people forget the importance of vaccination for animals and humans. That’s a problem, because in some other countries the virus is still active, and every new carrier of the infection makes it spread further. We need to make clear to people how infection chains work. In addition, climate change is increasing the list of vector-borne disease pathogens, including viruses such as West Nile virus and Zika.

Fehr: Rabies is a good example. We have to look at the overall picture and think about how we can gain maximum benefit with limited means. That could mean that we have to decide between immunizing animals or people. In certain situations it is useful to form combined teams of vets and physicians for joint vaccination programs. In such cases, the One Health approach gives concrete results.

What about the pharmaceutical industry? The strategy there seems to be going in the other direction. Big-name firms such as Novartis, Bayer and Pfizer are getting rid of their veterinary divisions and concentrating on human medicine. What’s your reaction to that?

Stephan: You can’t blame them, these decisions are primarily taken from an economic point of view. Profit on veterinary drugs is a lot less than on cancer drugs, for example. For the same reason, a lot of large companies are no longer prepared to develop anti-microbial agents for use in human medicine.

Fehr: New ideas are needed for incentive systems to motivate the pharma industry to develop products that are not so commercially attractive. This is a challenge for all of us. One possibility would be for example a designated One Health levy in the healthcare sector, which could be used to invest in such developments.

Jan Fehr, Professor of Health and Travel, Head of the Department of Public Health at the Epidemiology, Biostatistics and Prevention Institute